Charlotte Purdue – After the World Championships 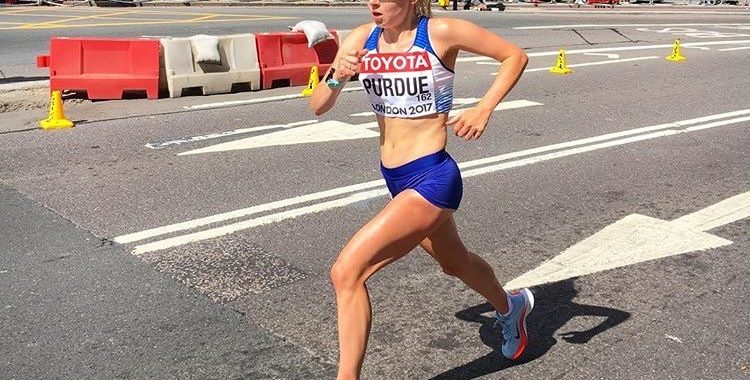 Charlotte Purdue has become the second beneficiary of our scheme to support British elite marathon running. Fresh from an outstanding run in the London World Championships, where she finished as the top European, Charlotte is motivated to push on and with our support has some big milestones to pursue in 2018. We’re really excited to support her via investment that comes as a direct consequence of our clients pursuit of their own milestones as we invest a percentage of revenue into a fund to support athletes like Charlotte and Josh Griffiths.

Flashback to the 6th August, World Champs marathon day. I finished higher than I expected, setting myself the goal of a top 20 finish. Finishing 13th and first European was more than I could have hoped for. Everything came together on the day and all the hard work that I had put in over the past 3 months. I was really happy with the way I ran the race and I don’t think theres anything I could have done differently on the day if I had the chance again.

As planned, after the World Champs I was to have some downtime. After running the London Marathon in April I did take 10 days off to recover but then I was swiftly into training as the World Championships in August would be fast approaching. After the World Champs I took a little longer off training and gave my body and mind the time to relax and recover. I am a big believer in training hard, but also resting after big events. Throughout my junior career I was always pushing, not taking enough rest and recovery days and this often resulted in me getting serious injuries. Now I have learned my lesson! And so I was able to switch off and enjoy a period of time without thinking about the next run, salad or sports massage!

As I had been away on a training camp before the World Championships for 6 weeks it is great to catch up with friends and enjoy training in familiar places again. I was also able to do a few ‘fun’ races such as the Kew Garden’s 10k which I did as a hard tempo run. My first big race back would be the Great Scottish Run on 1st October.

The training leading into the Great Scottish Run had gone well, but as I said previously it had been slightly different to what I have been used to and reduced volume. I am used to doing long sessions and quite a bit of mileage in the week. Since August my weeks have been relatively small with only 2 sessions of maximum 6k volume. Again, after a marathon every one is different but I have found that reducing the mileage and focusing on shorter sessions has enabled me to stay injury free and healthy. It is all about finding out what works for you!

The Great Scottish run went well. I was 2nd overall in the women’s race with 1.12.18. Not a seasons best of a PB but also not far off. The weather conditions were not ideal with rain throughout, but I was happy with it as a starting point for the next season and something I can build upon