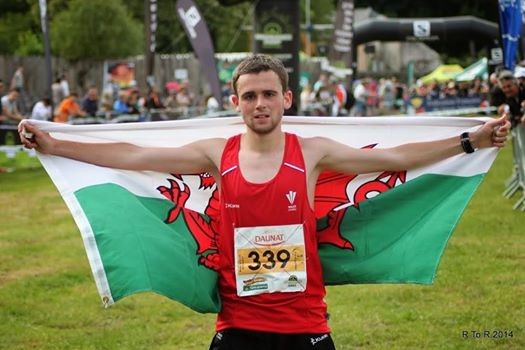 A couple of weeks ago, Wales announced their Commonwealth Games team. Josh Griffiths writes….
“Way back in April 2017, I ran 2:14:49 at the London Marathon which qualified me for the 2017 IAAF World Championships. This time also qualified me for the 2018 Commonwealth Games in the Gold Coast, Australia. Fast forward to January 2018 and I can finally announce that I have been officially selected for the 2018 Games as Wales announced their full team. With approximately 9 weeks until the Games begin, I am really excited to have the opportunity to perform at another major championship and represent Wales at the highest possible level. 2017 was a great year for me, but it’s 2018 now and I am determined to make some new memories and run faster than before.”
As part of Team Wales’ preparations for the commonwealth games, Welsh Athletics sent some of the selected athletes to Murcia, Spain for some warm weather training, both to help acclimatise to the hotter climate we will experience in Australia, but also to be able to put in some quality work which is quite difficult in the UK with our typical winter climate. Murcia is located in the South East of Spain, it has a very dry climate and boasts fairly high temperatures year round. Despite our camp being in January, we were greeted with temperatures of up to 25C with glorious trails and perfect conditions to train in.
Whilst in Spain, we capitalised on the warm conditions and made the most of the sunshine. I was in Spain for just under 2 weeks and in that time was able to put a lot of good workouts in and log some quality miles. The track facilities in Murcia were great and the trails for recovery and long runs were brilliant. Wales’ Commonwealth Games athletics team is made up of predominantly distance runners, therefore there was plenty of people to train with whilst in Murcia.
My first session out there was a pretty light 12x800m on the track at 5k-10k pace. This was a session I had completed around 1 month earlier on my home track in Carmarthen and to my delight I was able to do the session much faster than my previous attempt. I believe the weather played a big factor in this as the near perfect conditions in Murcia were a stark contrast to the 2C conditions back at home. I’m hoping this also shows my fitness is heading in the right direction as we edge closer to race day. I completed a lot of my easy miles in-between session days with fellow Commonwealth Games teammates Jon Hopkins (3000m S/C) and Dewi Griffiths (5000m/10,000m). Despite the fact that I do a lot of my training alone, I do enjoy some company when logging some easy miles. Just before the camp came to a close I completed one of my favourite sessions which is a 40 minute fartlek involving 20x1min hard/1min easy. The session sounds quite easy however the goal is to run the ‘easy’ pace quite quickly, therefore your recovery between the hard efforts is still around 5:30 pace. This meant that in the 40 minute session I was able to cover a touch under 8 miles.
Looking ahead now I have one more race before I head out to the Gold Coast with Team Wales on March 12th. I will be returning to the streets of London on March 4th when I will line up in the inaugural Big Half Marathon. There will be a strong British field present which will include the likes of Mo Farah, Callum Hawkins and Dewi Griffiths. I will be looking for a strong run and hopefully a new personal best in what will probably be my last race prior to the Commonwealth Marathon.
Now that I am less than 10 weeks out from the race, I have now started my marathon specific training phase. Here I will hit peak mileage and start putting in some really specific marathon sessions which will hopefully closely replicate the race itself on the Gold Coast. The Commonwealth Marathon takes place on April 15th at 8:15am (Gold Coast Time). The course is the same as the Gold Coast Marathon course for anyone who is familiar with that. It is a 1 lap course which travels up and down the Gold Coast. As with any major championship, there will be a strong field present, but I would prefer to focus on myself and my own preparations than the others involved in the race. I know if I prepare and execute my race plan to the best of my ability then I will be able to give my best possible performance on the day.