Preparing for the Commonwealth Games 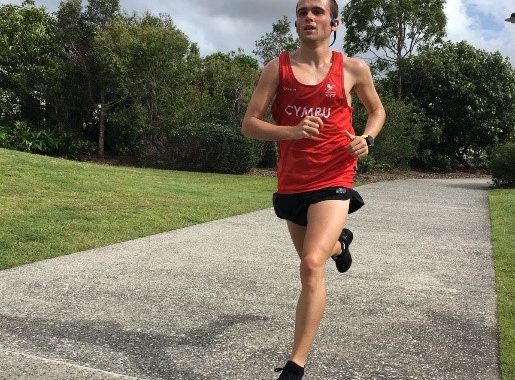 As previously featured on here, Josh Griffiths is competing in the marathon at the forthcoming Commonwealth Games in Australia.

Here is his latest blog on his progress…..

On March 12th, the majority of the Team Wales athletics contingent selected for the 2018 Commonwealth Games began our journey from Cardiff, to the Sunshine Coast, Queensland, Australia. This was by far the furthest I had ever travelled as it took 36 hours to go from door-to-door, this included a 13 hour and 8 hour flight, 5 hour bus journey and some time spent in airports. However, after what seemed like a lifetime, I had finally arrived at the Welsh Athletics holding camp, located in Mountain Creek, Sunshine Coast. The first thing I did after arriving was go for a run, my legs had swelled up pretty badly on the plane so it was nice to finally get some blood flowing around the body. I am sharing an apartment with four others who are also endurance athletes; Jonny Hopkins (3000m S/C), Ieuan Thomas (3000m S/C), Tom Marshall (1500m), Jake Heyward (1500m).

Given that temperatures on the East coast of Australia were around 30C warmer than the UK at the time, coupled with the crazy 95% humidity on most days, I was very thankful that I had four and a half weeks to prepare and acclimatise properly to the new environment. In my first week here, I struggled with the warm temperatures, often needing drinks or a cold shower during my run (something I never do at home) and was a little worried about how I could possibly race 26.2 miles in these conditions. However after a couple of weeks, I am now much happier with how things are going and am looking forward to toeing the start line on April 15th. Despite the fact that the Gold Coast is 10 hours ahead of the UK, I managed to adjust to the new time zone pretty quickly, which really helped me settle into my training. I did this by sleeping as much as possible on my journey to Australia so that when I landed at 7am AUS time, I was ready for the day ahead.

The whole purpose of arriving 5 weeks before race day was so that we could all prepare as best as possible in the same conditions that we would race in. Therefore we basically had a 3 week training camp on the Sunshine Coast before moving into the Commonwealth Games village on April 3rd. Below I will run you through what a typical day looks like for me while preparing for a major championship.

6am: Wake up and breakfast (porridge, blueberries, banana and a yogurt)

8am: Training – This will be the harder session of the day (Distance: 10-22Miles)

10am: After training protein and rehydration, followed by a quick dip in the pool

12pm: Lunch and coffee (I usually eat a Caesar salad or toasted sandwich with a Caramel Latte)

2pm: Fifa in the apartment with the boys or chill out down at Mooloolaba sea front

4pm: Coffee and a banana before training

7pm: Food – We each take it in turns cooking, my speciality is a chicken curry and veg.

During my first week, training was tough in the warm climate, however by now I have been able to tick off some good sessions around the 2 mile lake loop which we are staying next too. These include a 22 Mile long run at 5:59/mile feeling very easy and a session of 3x3km, 3x2km, 3x1km fartlek all with a 2 minute jog recovery. Training has been made easier with the help of our fantastic support staff who accompany us on bikes and help us out with water bottles.

When on a training camp you naturally have a lot of spare time as there is only so much training you can do in a day without burning yourself out. Therefore seeing as we were a flat of 5 boys, we decided to buy an Xbox and have a Fifa tournament most days. Other than that we often head down to the seafront and have a coffee whilst admiring the fantastic beaches Australia has to offer. I have been going in the sea after each of my long runs so far, something I wouldn’t advise back in the UK, not yet anyway.

On April 3rd I will be travelling down to the Gold Coast to move into the Commonwealth Games village. I will also be attending the opening ceremony on April 4th. I’m really looking forward to this as it is always something I have seen on TV and looks amazing, so I’m really excited to be part of it. Moving down on the 3rd will also provide me with the opportunity of familiarising myself with the start/finish areas of my race as well as doing a few runs on the course. This is something I really like doing if possible so there are no surprises on race day.