Thought it was hot at London – try the Commonwealth Games! 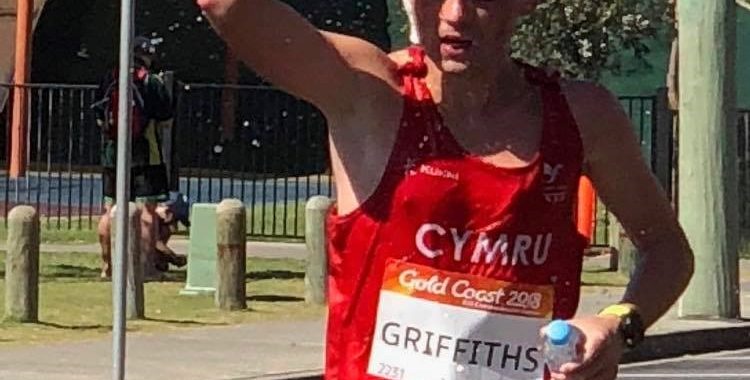 All the focus has been on the hottest ever London Marathon (and it was hot!), but the previous week we saw an insanely hot race in Australia for the Commonwealth Games. Josh Griffiths was representing Wales;

Heading into the race I was confident of being able to run a good race and aimed to position highly, breaking into the top 10 was a realistic aim despite being ranked lower going into the race. My training in preparation for the marathon had gone well, I had run PB’s over 10k and equalled my half marathon PB in the lead up to the race. I had spent the previous four and a half weeks, training and acclimatising to the new conditions with the rest of the Welsh Athletics team on the Sunshine Coast. Temperatures on the Sunshine Coast were usually around 26C with a couple of days going up to 29C.

The marathon started at 8:15am on Sunday, April 15th. This meant for an early start, I set my alarm for 3:45am and headed to the food hall for a 4am breakfast. I was accompanied by fellow Welsh marathon runners; Andrew Davies, Caryl Jones and Eli Kirk. I had a pretty standard breakfast of rice (for myself) and had a banana and a couple of energy bars to go with it. I walked back to my accommodation, had a shower, some very light stretching and put my ipod on as I started to focus on the race. We had our bags checked at 5:55am by team staff before heading to the bus which took us to the start. We arrived at the start area at around 6:30am where a few of the other competitors were relaxing. I propped my bag up like a pillow, plugged in my music and lay down for around 20mins to completely relax before starting my warm-up routine. I began my warm up at 7:25am by going for a 12 minute jog around the start area, I could tell within a couple of minutes it was going to be warm as I was already sweating. I went back into the cool tented area to stretch and change into my race clothing. At 7:50am we were called into the call room (this is an area where race staff check an athlete’s chip, numbers and is a place athletes assemble before being taken to the start). We were led out to the start at 8am where there where people with umbrella’s to protect us from the sun. I did my usual strides of 4x15secs to turn my legs after sitting in the call room before being put into order on the start line. Conditions when the race started were around 27C, a light breeze which would act as a headwind from mile 3-16.

The first 5k went pretty slowly, nobody really wanted to lead and the pace therefore was pretty easy for the whole field. After we turned at 3 miles, we then had 13 miles of light headwind down to the 16 mile mark before turning back for a 10 mile straight to the finish. It was a very scenic course, and one where it was easy to get into a rhythm given the very little turns we had to negotiate. I passed through 10km feeling good, the pace had picked up and I was now running in around 13th position. Before reaching the next drinks station at 15km however, I had already started to suffer and my pace had dropped to what was now much slower than what I was expecting to run. I had dropped a few more places and now any hopes I had going into the races were seemingly gone.

I had stopped taking my personal drinks at this point as my stomach was not 100% and didn’t want to take anything other than water in an attempt not to upset it more. I felt like I had lost all power in my legs and it was now just a psychological battle to get to the end. I reached the halfway point in 71 minutes and was in around 20th position at this stage. The temperature now had risen to 33C and, I can say with some confidence that the next 13 miles were the hardest miles I had ever run in my life. I got to the turnaround point at mile 16 and didn’t really understand how I could possible run the next 10miles back to the finish line feeling like I was. In an attempt not to overheat I would throw 2x500ml water bottles over my head every 2.5km, but would be bone dry long before the next station, it was brutal. I had to take a quick pit-stop at mile 17 due to stomach problems but this seemed to be the least of my worries.

With 9 miles to go, I seriously considered dropping out of the race as I was in a pretty bad state by this point. But it’s not in my nature to quit, so I told myself that the only way I am allowed to stop is if someone pulls me from the course or I collapse. This was a Commonwealth Games and I had trained too hard to just step off the road. So I continued to press onwards and to my amazement I caught 2 athletes which were ahead of me, 1 of them was a member of the Kenyan team who had run 2:09, another was an athlete from Malawi who was swaying all over the road. I don’t remember too much of the last 10km apart from the final stages where I passed another athlete from Tanzania who was receiving medical attention on the side of the road. I managed to cross the finish line in 15th place. The race didn’t go to plan at all for me, I really suffered in the heat and was eventually just happy to finish when so many did not.

Immediately after the race I wasn’t doing too well, I was in the first aid tent with members of our medical team (who did an amazing job on such a difficult day) were trying to cool me down with ice and cold towels. After meeting my family briefly after the race who were quite concerned for me, I headed back to the village. I was still struggling at this point and was transported by buggy back to my accommodation where a doctor came to check how I was doing. The doctor told me I was severely dehydrated. After a nap, some food and lots of water, I was starting to feel ok again that evening.

Whenever you train for a long-term goal, I think it’s important to take some time off afterwards to reflect and re-energise both physically and mentally. That race had exhausted me in every way possible, therefore I took 6 days of no running after it in order to recover, and be able to start my next block of training hungry to improve. Despite not hitting my goals in the race, I still try to take some positive from it. For me, these were; 15th place at Commonwealth Games, proved to myself that I am mentally strong, knowing race conditions won’t get much harder than that. It has also motivated me to make sure I get back to that level so that I get another opportunity to run the race I should have in the Gold Coast.

Over the next few months I will be looking to lower my half marathon personal best and break 65 minutes. I will also be going down in distance a little, racing over 5km and 10km before building up to an Autumn marathon somewhere later this year.